This fell out from under the seat of one of the stools we have at the breakfast bar. We bought them locally about five years ago. Now what? Buyer beware?

Today, March 21st, we are honouring everyone out there with an extra 21st chromosome on Down Syndrome Awareness Day. I came across this short film that was made a while back, and also found this great blogger named Mariah Nichols, a mom who is a deaf career counselor and teacher. She has three kids, including a daughter with Down syndrome. Some viewers loved the film, some hated it and were left with the belief that the young woman with Down syndrome wanted to see herself as ‘normal,’ that she wanted to erase her disability. I’m with Mariah; I didn’t see it that way, either. It is her voice we hear throughout. I think it shows a confident young woman who sees herself as strong, capable, the player of many roles, living a full beautiful life. That’s what she believes. At the end, when she asks the viewer if they are able to see her as anything but her disability, there’s the rub.

A little something to think about.

We celebrated the first day of spring by walking Jim to work today. Started out with a toque, mitts and scarf….and soon realized how silly that was. Street sweepers in full fore at work on winter gravel, Canada geese waiting for the river ice to go out, and Jim wondering what happened to the car. Spring is here. 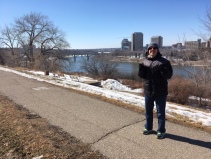 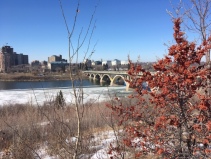 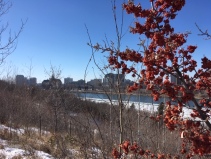 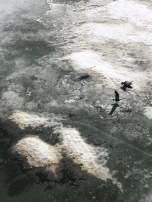 The spring 2019 issue of Saskatoon HOME is out. You can pick up your copy in one of many racks around the city or read online. This was fun issue to work on. Thanks to everyone I had the pleasure of interviewing, and thanks, too, on behalf of all our writers. We so appreciate the generosity of the people who are willing to have their stories told. We’d love to hear what you think about our content. And to all the people who’ve asked about that garage, yes, it is underground. If you’ve got story ideas, let us know! 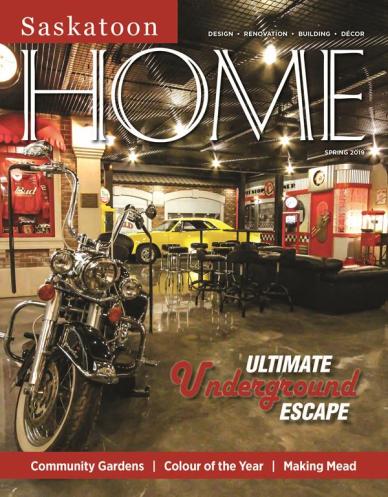